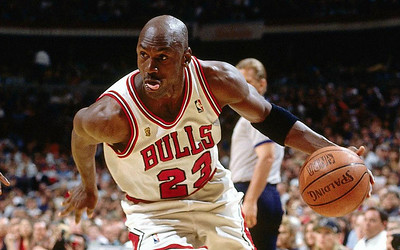 Personal Development
What made Jordan the all-time greatest player was the unquenchable fire and self-motivation that powered him from one incredible achievement to the next.

“I will not let anything get in the way of me and my competitive enthusiasm to win.” — Michael Jordan

Motivation isn’t fluff. It’s the fuel that will power your biggest goals and dreams. We’ve seen this in the outstanding documentary on ESPN, “The Last Dance” which prominently features former Chicago Bulls superstar, Michael Jordan. Jordan is considered by many to be the greatest basketball player — and athlete — to ever live. His secret was self-motivation.

He was cut from his high school varsity basketball team while a sophomore at Laney HS in Wilmington, NC. He played at the junior varsity level that season and dominated, but did not join the varsity team until his junior year. Incredible, yes, as it’s a wonder the Laney HS boys varsity basketball coach kept his job!

The bigger picture is part of the mystique of why Jordan became the player he did.

Being told he wasn’t good enough for varsity-inspired Jordan to work harder than ever before. He practiced for several hours each day, all throughout the year, and used this experience as the turning point of his life. Jordan owned self-motivation and hard work like few people ever have. He willed himself into becoming the best.

He played with a burning desire, showing a fire for basketball that fueled his rise to the top of the game.

​Michael Jordan wasn’t the greatest because he was the most talented. He wasn’t perfect. He got knocked down repeatedly and chose to get up each time. He failed many times so that he could succeed triumphantly. He once famously said:

Jordan’s motivation manifested itself in the preparation that went into wanting to be the best and win. The fact is, not everyone was willing to put in the work the way Jordan did. His legendary inner-motivation led to a fiercely competitive desire that fueled every ounce of his preparation.

Here are three ways motivation and mindset fueled Jordan to become the greatest athlete ever:

1. Jordan used his failures and losses to fuel him for his next challenge

After losing three consecutive years to the Detroit Pistons in the NBA Playoffs, Jordan made the Pistons the object of his incredible self-motivation to overcome, win and reach his goals. Starting in 1991, he won his first NBA title and went on to win six championships in the next eight years.

2. He practiced and worked harder and longer when he realized he wasn’t getting the results he wanted

Jordan was an incredible individual talent, but he wasn’t winning championships after six years in the league. He started working harder and putting in more time with his teammates in the gym. His legendary work ethic made players like Scottie Pippen, Horace Grant and B.J. Armstrong better.

3. Jordan respected his competition, but always viewed himself as the best and visualized himself winning

Jordan feared no man. He saw himself as the greatest. He practiced and worked hard so he could be the greatest. He fed his mind powerful, positive affirmations and visualized himself winning MVP’s, championships and scoring titles. He achieved all of these things many times over.

​Motivation as Your Guide

It cannot be understated just how important motivation is on your journey to success. Motivation leads to consistency, discipline, desire, enthusiasm, and strengthens your willpower. Motivation goes far beyond extrinsic factors like money, the proverbial “corner office,” or even what you think others might think of those benefits.

​Motivation can be integrated into your morning routine, as well as the thoughts, words, and ideas that propel you forward to doing great work.

Motivation provides you with a foundation of desire, love, and enjoyment for spending time with your family and the people you care about most.

Of course, motivation alone won’t make you happy, successful, or fulfilled. But it’s a foundational element of living the life you want. It’s part of the core of emotional intelligence. It’s truly about the fire that burns bright inside you, and how you link that to beneficial and worthy causes for the greater good.

Jordan’s Ascent to the Top

It took Michael Jordan seven years in the NBA before he won his first championship. Prior to reaching the mountaintop of professional basketball, he was physically, mentally, and emotionally beaten down by his peers. And for some people, that would have been enough to submit to feeling like they weren’t good enough.

Jordan, on the other hand, was slowly churning with a motivation that would reach its apex in the early 1990s when he began to take over the basketball world and win championships every season. That flame was never extinguished. Jordan’s legendary motivation fueled his competitive desire to always be the best and give his best in each moment.

Motivation was the secret of Michael Jordan’s success. It’s why we remember him today as the greatest athlete of all time. When you can couple motivation with a positive attitude, hard work ethic, and consistency, you can achieve anything. This is the example of Michael Jordan. It’s ours to follow if we’re willing to take up the gauntlet.

Learn how to use motivation to your advantage: http://chrisdconnors.com